A batik painting of the Classic P boat, the Hayseed IV, built in 1912, sailing during Chester Race Week, Nova Scotia, Canada. She was designed by William Gardner who was a great rival of Herreshoff, who was the designer of the schooner, Atlantic.

In 1924, the Hayseed IV was bought by the Wurts family and after a number of owners over the century and a few facelifts, including modern rigging, synthetic sails and go-fast gadgets, she is back with the Wurts family. She now reigns as the oldest active member of the Chester Yacht club; has won many cups and can be seen regularly competing in the Chester Classic fleet races in Mahone Bay. 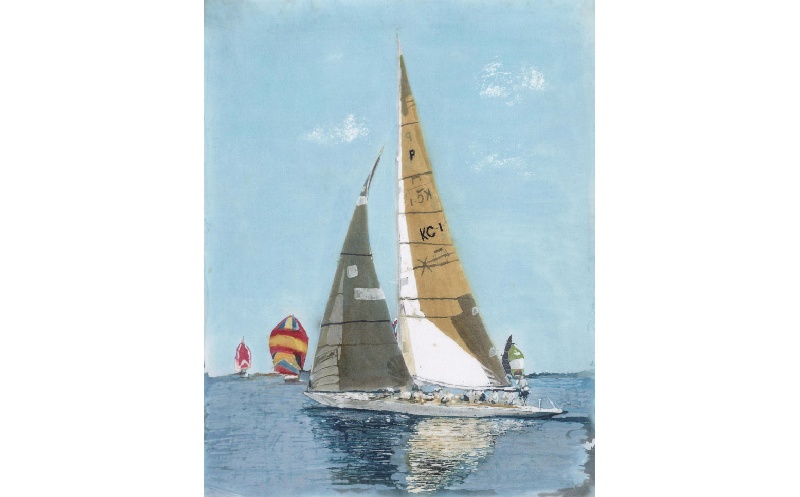 Cards, limited edition giclee prints and original paintings available which you can purchase here in the gallery